Why KFCB is Redefining the Role of Film Agents in Kenya 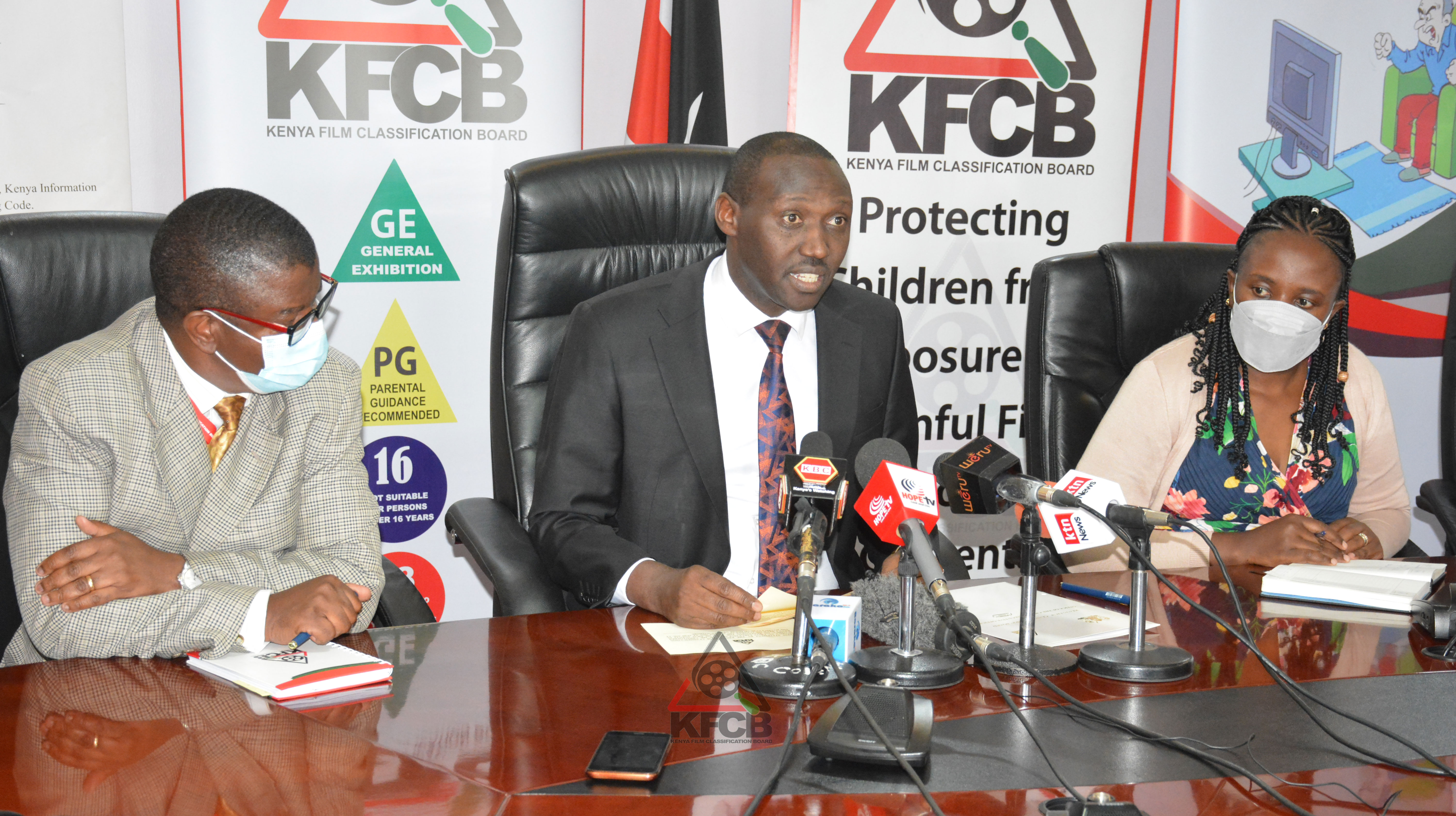 Kenya Film Classification Board (KFCB) is a state agency established under the Films and Stage Plays Act, Cap 222, of the Laws of Kenya to regulate the creation, broadcasting, possession, distribution, and exhibition of film and broadcast content. Regulation is geared towards ensuring that content conforms to Kenya’s culture, national values, and aspirations as well as to protect children from exposure to harmful/adult content.
In execution of its core regulatory mandate, the Board, among other functions, grants filming licenses to both local and international filmmakers and registers Film Agents, who are responsible for facilitating other film and TV producers.
In a bid to create an enabling environment for the youth to harness opportunities in the local creative economy, KFCB has resolved to redefine the role of Film Agents in Kenya. The aim is to confine the agents’ role to providing international standard services to foreign film and television producers.
Should this proposal be adopted by the industry and other stakeholders, effective 1st October 2022, Film Agents will concentrate solely on providing logistical support to foreign film and television producers.
Further, the redefinition is meant to encourage compliance with Section 4 (1) of the Films and Stage Plays Act, Cap 222 of the Laws of Kenya, and will see filmmakers obtain licenses from KFCB without having to go through a film agent, subject to meeting certain requirements, including registration or incorporation of their businesses.
The reconfiguration of the role of Film Agents is also part of the Board’s endeavours to create a facilitative regulatory environment for continued the growth of the local film industry.
It’s the Board’s expectation that the reconfiguration of license scope for film agents will remove barriers to entry for aspiring local filmmakers, thus creating a facilitative environment for the sector to thrive in the aftermath of the devastating effects of the COVID-19 pandemic.
Moreover, the move to reconfigure the role of film agents in Kenya has been informed by numerous representations of recommendations from local filmmakers suggesting the abolition of the prerequisite for local filmmakers to register as Film Agents or be facilitated by Film Agents when obtaining filming licenses.
Additionally, the proposal is based on best practices in other film markets, especially in Africa, and the provisions of the draft Kenya Film Policy 2020, which provides a policy for restricting the role of film agents in the facilitation of foreign filmmakers.
In this regard, the Board calls upon local creatives and other stakeholders to peruse the documents on redefining the role of film agents and submit their inputs before the set deadline, of 13th September 2022.
The Consultation Paper on Redefining the Role of Film Agents in Kenya can be accessed through www.kfcb.go.ke/policies.