International Day of the African Child 2022

The Kenya Film Classification Board, North Rift Regional Office, participated in commemorating of the International Day of the African Child 2022, held at the Ainaptich Primary School, Eldoret, Uasin Gishu County.
The International Day of the African Child is commemorated every 16th June by African Union (AU) Member States in remembrance of school children who protested against apartheid-inspired education, which resulted to brutal and deadly repression of unarmed young protesters by police.
The Board leveraged on the event whose theme was: Eliminating Harmful Practices Affecting children, to sensitize those present on the harmful practice of irresponsible use of social media, especially among minors. They also sensitized participants on the Board’s regulatory mandate and other programs & campaigns aimed at protecting children from exposure to harmful content. 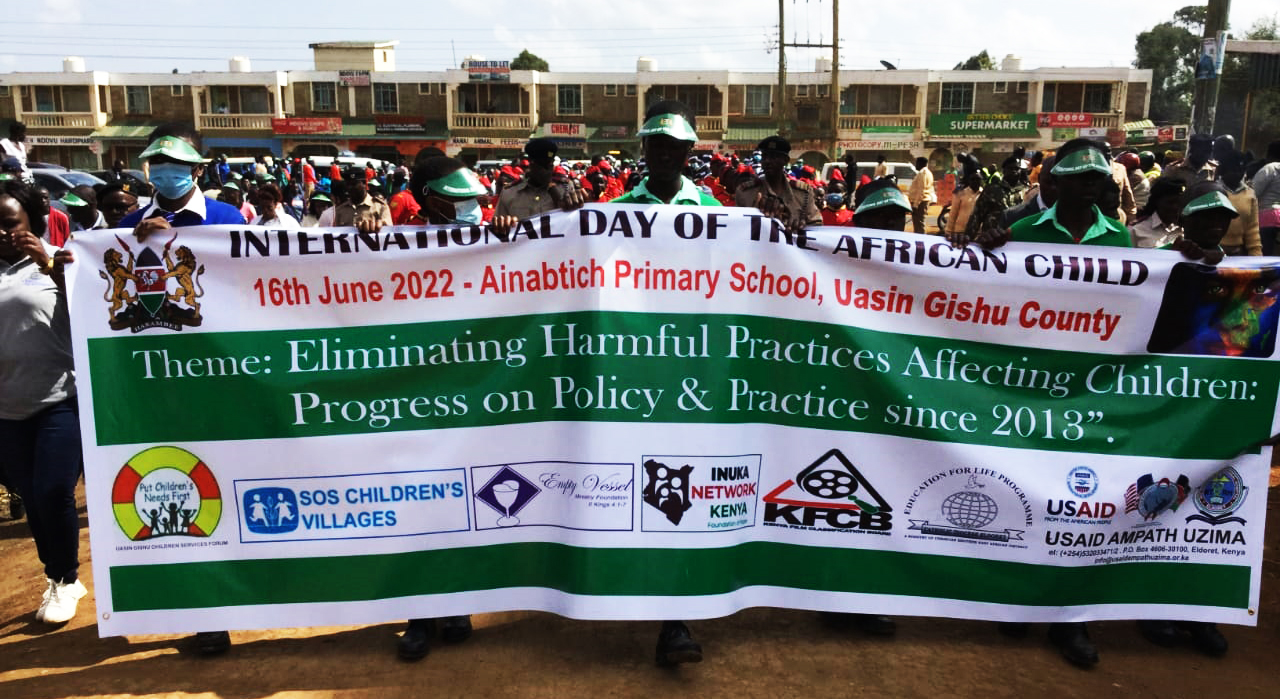